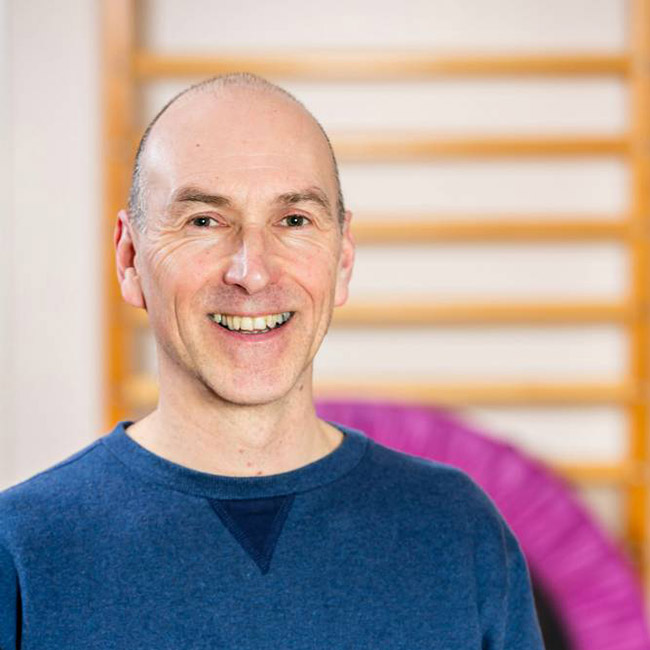 Mark has over 35 years’ experience in martial arts. He started training in Karate in 1979, having been inspired several years earlier by both Bruce Lee films and David Carradine’s “Kung Fu” TV series.

He later went on to train passionately in Tae Kwon Do and then Yun Jung Do, teaching the latter for 5 years (also taking classes in Aikido, Ju-Jitsu and Kung Fu along the way).

After discovering Mark Leonard’s class in 2001 in Bristol, he knew that this time it was different and was the start of a lifelong passion of Tai Chi and Chi Kung.

By 2001, Mark had been suffering from a lot of back pain/stiffness and “pulling” a lot of muscles (e.g. back, shoulder, hamstrings) while training. Very soon after starting Tai Chi he found that he was able to sense the stiffness and tension starting to drain away from his body. He also noticed his energy increased and his sense of wellbeing was now reaching new heights.

There is no other exercise or healthcare system like Tai Chi, it is complementary to other forms of exercise or practised on its own. Most students learn Tai Chi for its health benefits, although some are also interested in the martial side, which does require a different level of training.

Mark is passionate about both his own ongoing Tai Chi journey and sharing his knowledge and experience to help his students. He is able to individually guide them at each stage of their practice for their benefit and progression.

A warm welcome will be here for you when you make one of the best decisions of your life and come along to your first class…The start of your own Tai Chi journey.

Any cookies that may not be particularly necessary for the website to function and is used specifically to collect user personal data via analytics, ads, other embedded contents are termed as non-necessary cookies. It is mandatory to procure user consent prior to running these cookies on your website.